Experience the future of sport

Now in its eleventh year, the world renowned Sport Business Summit remains at the heart of Leaders Week. Hosted at Chelsea FC’s Stamford Bridge Stadium, the Summit is the most prestigious, content rich event in the sport business calendar and brings together 1800 director level executives from all over the world to share intelligence and spark discussions that will help shape the future of sport.

Activision Blizzard is the world’s most successful standalone interactive entertainment company. Our portfolio includes some of the biggest franchises in all of entertainment, developed by the incredibly talented teams at Activision Publishing, Blizzard Entertainment, King Digital Entertainment, Activision Blizzard Studios, Major League Gaming, and our independent studios, including Toys for Bob, Infinity Ward, Sledgehammer Games and Treyarch. Our central corporate operations provide shared services such as Finance, IT, Sales and Supply Chain, Human Resources and Legal.

Established by the Emiri decree in 2008, Aspire Zone Foundation is the pioneer sports city in the Middle East and the home to some of the world’s finest sporting facilities and services. Under its umbrella are three member organisations: Aspire Academy, Aspetar, and Aspire Logistics, creating a perfect combination of sports education and training, sports medicine, events and leisure activities. Together, these make AZF the preferred training destination for elite international teams and athletes.

With a vision to be the reference in sports excellence world-wide by 2020, AZF aims to enhance sports performance, promote an active healthy lifestyle and grow Qatar’s sport industry, for the ultimate realisation of the Qatar National Vision 2030.

Nielsen Sports is the leading source of sports measurement, analytics and insights around the world. With unrivaled data, products and consulting services, the company is uniquely positioned to provide leagues, teams, federations, brands and agencies with global solutions to optimize sponsorship portfolios and maximize investments in sports.

Nielsen Sports is deeply committed to developing new offerings that meet client needs, and last year launched a Nielsen Esports business vertical; created a new unified media measurement platform; and acquired artificial intelligence technology that will help shape the future of the sports business. Nielsen Sports is part of Nielsen Holdings plc (NYSE:NLSN) a S&P 500 company with operations in over 100 countries, covering more than 90% of the world’s population.

The world’s most exciting martial arts organization hosts the largest sports entertainment events across Asia, featuring some of the world’s best martial artists and world champions, all signed to exclusive contracts, on the largest media broadcast in Asia. In addition to its digital platforms, ONE Championship broadcasts to over 1.7-billion potential viewers across 136 countries around the world with some of the largest global broadcasters, including Fox Sports, ABS-CBN, Astro, ClaroSports, Bandsports, Startimes, Premier Sports, Thairath TV, Skynet, Mediacorp, OSN, and more.

Facebook brings together the world’s largest community of sports fans.

Sports are inherently social, with the power to build and connect communities around the world. This connection happens on Facebook, where the largest real-time social media audience comes together to talk about sports’ biggest moments. On Facebook, fans discover rich and immersive video that brings them closer to the sports, athletes and teams they love. Innovations such as Facebook Live and Facebook 360 video give fans unprecedented access to the action, taking them on the field and in the locker room, inviting them to interact directly with their favourite players and enabling them to watch live games from around the world.

By leveraging Facebook, partners can reach new audiences and experiment with interactive, social and mobile-first broadcasts. Facebook also helps partners achieve their business goals by growing and engaging their fan base; supporting current revenue drivers such as tune-in, subscriptions, sponsorship and ticket and merchandise sales; and providing new revenue streams such as branded content, Instant Articles and ad breaks in live video.

The National Basketball Association (NBA) is the pre-eminent men’s professional basketball league in North America, and is widely considered to be the premier men’s professional basketball league in the world. It has thirty franchised member clubs (29 in the United States and 1 in Canada), and is an active member of USA Basketball (USAB), which is recognized by FIBA (also known as the International Basketball Federation) as the national governing body for basketball in the United States. The NBA is one of the four major North American professional sports leagues. NBA players are the world’s best paid sportsmen, by average annual salary per player. 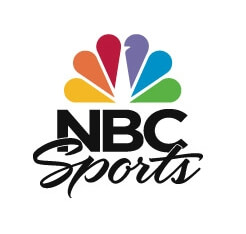