How to Prevent Your Team Falling Prey to Success Disease

Coaching & Development | Sep 12, 2015
The legendary San Francisco 49ers Head Coach Bill Walsh on working to stay at the top of the NFL.

Sustained success separates the good from the great in sport. As General Manager and Head Coach Bill Walsh guided the San Francisco 49ers to the 1988 Super Bowl and left the team and infrastructure that enabled his successor George Seifert to repeat the achievement 12 months later.

He was driven by memories of the 49ers’ meek defense of their 1981 Super Bowl. They followed that remarkable year with a retreat into the NFC pack and a record of 3-6 during the 1982 regular season, which was truncated by a 57-day players strike.

Walsh felt that both he and his team were infected by the ‘Success Disease’, a concept he discusses in his popular thought leadership guidebook The Score Takes Care of Itself: My Philosophy of Leadership. He said that people’s unfamiliarity with success – in contrast to an intimate knowledge of defeat – means that leaders tend to not know how to handle winning big. “Having navigated through long losing streaks and losing seasons, having climbed to the top and led a team at the bottom of the barrel to a world championship, I had little knowledge of the new terrain.”

His knowledge of what was required was gained with experience. He came to attribute repeated success to careful management of overconfidence, a realization that mastery requires continuous remastery, and the instillation of the belief in his team that they were always ‘one-point underdogs’. 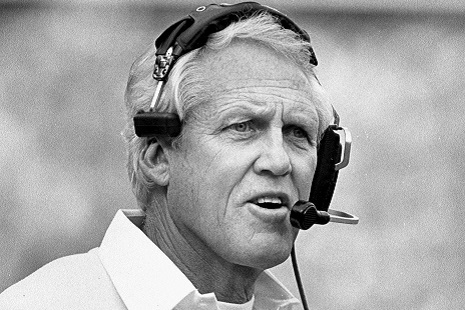 Mastery is a Process, Not a Destination

Walsh saw overconfidence as the major symptom of the Success Disease and felt it emerged with all the distractions that accompany an athlete on the climb to the summit. “First comes confidence, followed quickly by overconfidence, arrogance, and a sense that ‘we’ve mastered it; we’ve figured it out; we’re golden.’

“But the gold can tarnish quickly. Mastery requires endless remastery. In fact, I don’t believe there is ever true mastery. It is a process, not a destination.”

He attributes a lapse in focus, discipline, teamwork, teaching, learning and attention to detail to diminishing hunger and contentment. He accepted that satisfaction and contentment are inevitable after a victory but neither can be allowed to settle lest they “create a lack of respect for the competition, a feeling of superiority, and an assumption that you can win at will, turn it on when it counts.” For Walsh the solution is simple: “The time to turn it on (and leave it on) is before it counts. In fact, my belief is that it counts all the time.”

Walsh is noted for his Standard of Performance – a code of ethics that demanded and expected exemplary standards of all employees at San Francisco – but he conceded that it was not a guaranteed cure for Success Disease. Nonetheless, it formed the basis of his efforts to stave off its creeping effect, to continue striving for mastery.

His Standard sought to cultivate a sense of collective ownership in each 49ers staff member and saw success as a staging post for both issuing rewards that strengthened the bonds between colleagues and shone a light on lesser heralded individuals. This must, he insisted, be followed by a formal return to business that channels the pent up emotional energy into resetting goals that solidify the gains made in winning a championship. Equally, applause from outside needed to be treated with circumspection on the road back to the peak. 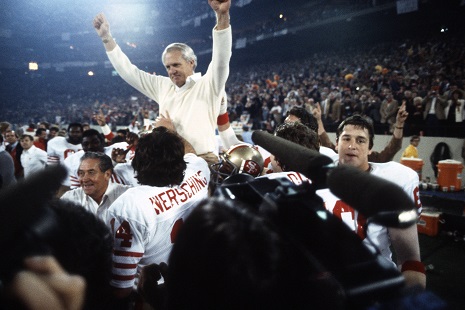 Goals Must be Continually Reset

Walsh would organise meetings geared toward sustaining momentum. These sessions refocused personnel by covering in detail how success was achieved and, crucially, demonstrated to all staff why they succeeded. The process led to a resetting of goals, a pinpointing of deficiencies and a search for remedies for them. Ultimately, he needed to hold everyone to even higher expectations. “Don’t relax your Standard of Performance. The Standard Performance is always in a state of refinement to raise performance. That’s your gold standard, the point of reference above everything else.”

Performance Psychologist Dr. Jim Taylor of the University of San Francisco argues that it is essential that organisations seek to create and control their future. “This process of foresight is essential because by knowing what you want your company to be doing and where you want it to be in, say, five or ten years, you can then take proactive steps that will increase the chances of that future becoming a reality.”

In the 49ers’ case, actions geared to returning the franchise to the Super Bowl would include an evaluation of personnel and a decision on whether to promote or demote individuals who may or may not have contributed to that triumph. Difficult decisions must be made and Walsh stated that leaders should “Never fall prey to the belief that getting to the top makes everything easy.”

Being a One-Point Underdog

Walsh felt that the 49ers had to be even more on their guard against opponents whom they were expected to beat easily. He sought to portray his team as ‘one-point underdogs’ as he continued the fight against Success Disease.

On one occasion as reigning Super Bowl champions San Francisco played a Kansas City Chiefs team on a five-game losing streak and few on the outside expected anything other than a resounding 49ers victory.

As they prepared for the game at Candlestick Park, Walsh feigned fear in order to promote a sense of urgency and intensity: “Fellas, I’m afraid of these guys; I really am. The Chiefs are angry because they’ve been humiliated publicly and privately for over a month. Honestly, this is a very dangerous situation for us. They can put it all behind them by knocking us off. They can come out and just explode on us.” The 49ers ran out 31-3 victors.

His delivery would change depending upon the circumstances but his core belief remained the same: “I wanted to instill in each member of our group the belief that, regardless of the opponent, we were a one-point underdog, that the upcoming team was just a little better than we were or had motivation enough to raise their level of play.

“I wanted our team to believe that we could win, but only if we worked hard.”

Hard work underpinned everything Bill Walsh did to sustain his success at San Francisco and it was combined with a sense that he had never quite made it. There was always one more peak to climb, one more challenge to face. He was constantly on his guard against complacency and a dip in the high standards he expected from all within the franchise. That sense of discomfort transmitted across the organisation whetted their appetite and lead to San Francisco being crowned ‘the team of the ’80s’. 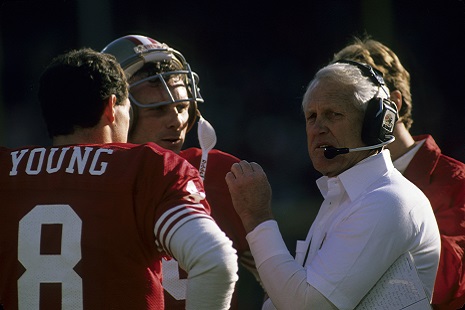 To ensure you’re keeping up to date with the latest intelligence, sign up (for free) to receive newsletters. Get exclusive insight from top organisations worldwide on leadership & culture, human performance, coaching & development and data & innovation.

Join our exclusive community of leading global performance organisations to target all aspects of high performance and challenge thinking with access to game-changing knowledge, connections and perspectives that can’t be found anywhere else.