THE NBA VIRTUAL FAN EXPERIENCE AND NEXT GEN TELECAST

On March 11, 2020, the NBA paused its season amidst the COVID-19 pandemic. When the season resumed in Orlando in July, there were three courts, 22 teams, and a “Bubble” without the league’s most passionate supporters.

The NBA was determined to ensure fans’ support would be visible to players throughout its Restart and to viewers watching at home. In the time leading up to the installation of LED boards in Orlando, the league focused its efforts on creating a technology-driven, interactive way for fans to be present in the arena. The result? A new digital version of courtside seats: virtual fans, about 350 fans per night shown live on 17-foot LED boards surrounding three sides of the court using cutting-edge, low latency technology. Through Microsoft’s “Together Mode,” the NBA provided the Michelob Ultra Courtside virtual experience, removing fans from their individual backgrounds and bringing them together in a shared visual space in-venue and in-broadcast. To ensure the authentic arena feeling for both the fans and players, crowd reactions were broadcasted in near real time.

Sights of free throw distractions and real-time reaction buzzer-beaters are only effective if they happen during the shot. The NBA solved this challenge with ultra-low latency NDI video feeds from its Secaucus, New Jersey facility. The return feed complete with crowd reactions were extracted onsite and immediately fed to the video boards. This was a first-of-its kind use of video conferencing technology. The round-trip latency, measured from cameras capture of live pictures in venue to the output of fan reaction on the boards, was one second. Further enhancing the broadcast and reducing the feel of the minimal latency, the NBA and its teams created graphics and pre-recorded videos to briefly take over the boards before fans’ reactions were revealed. 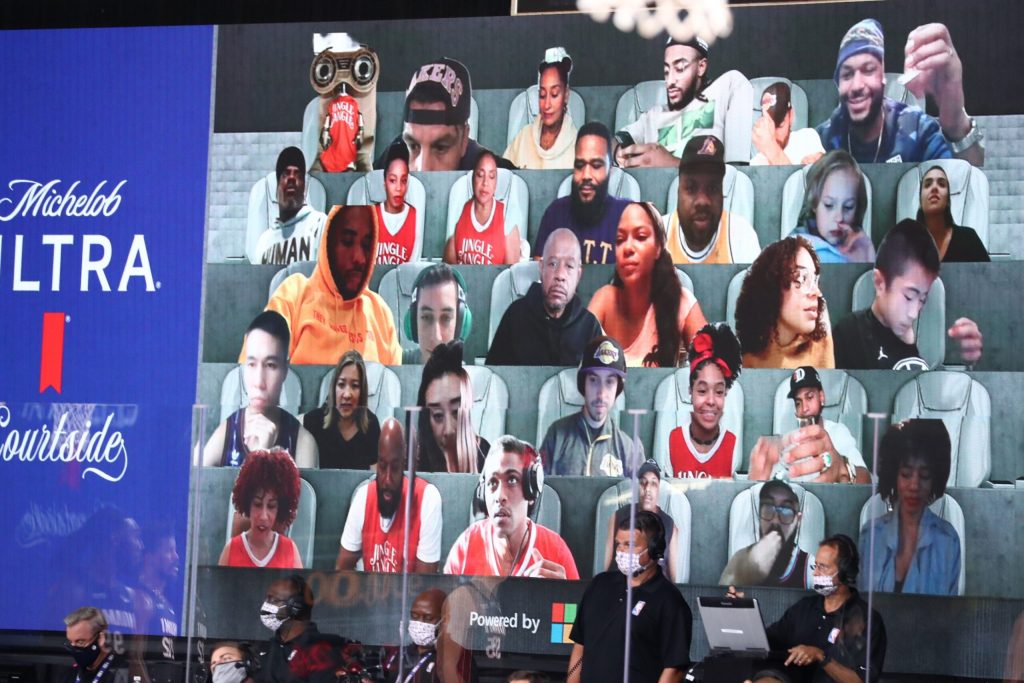 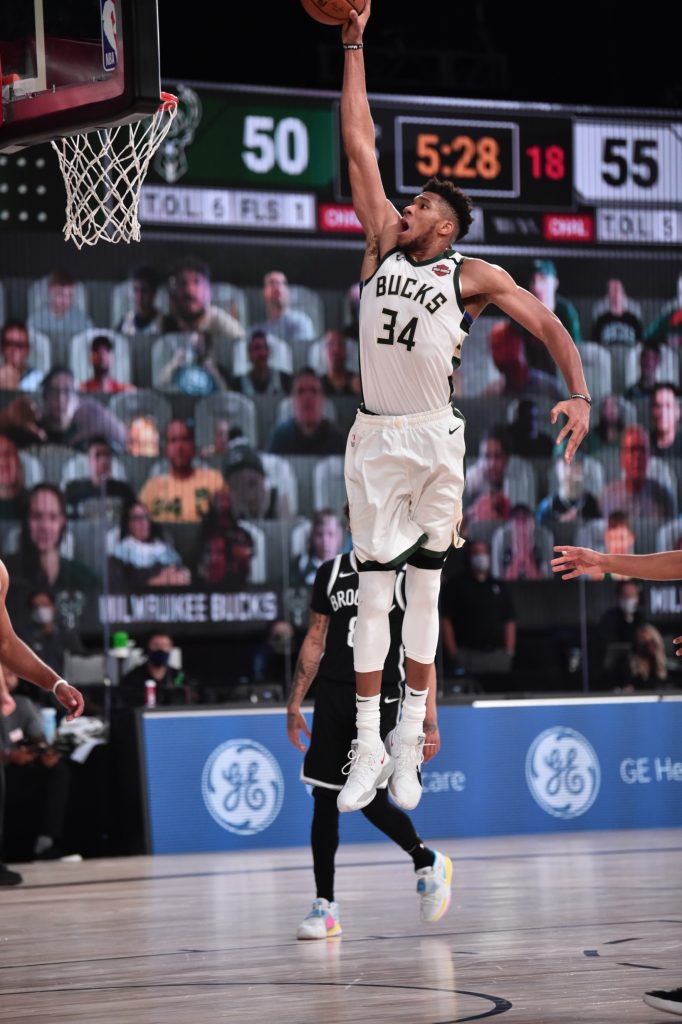 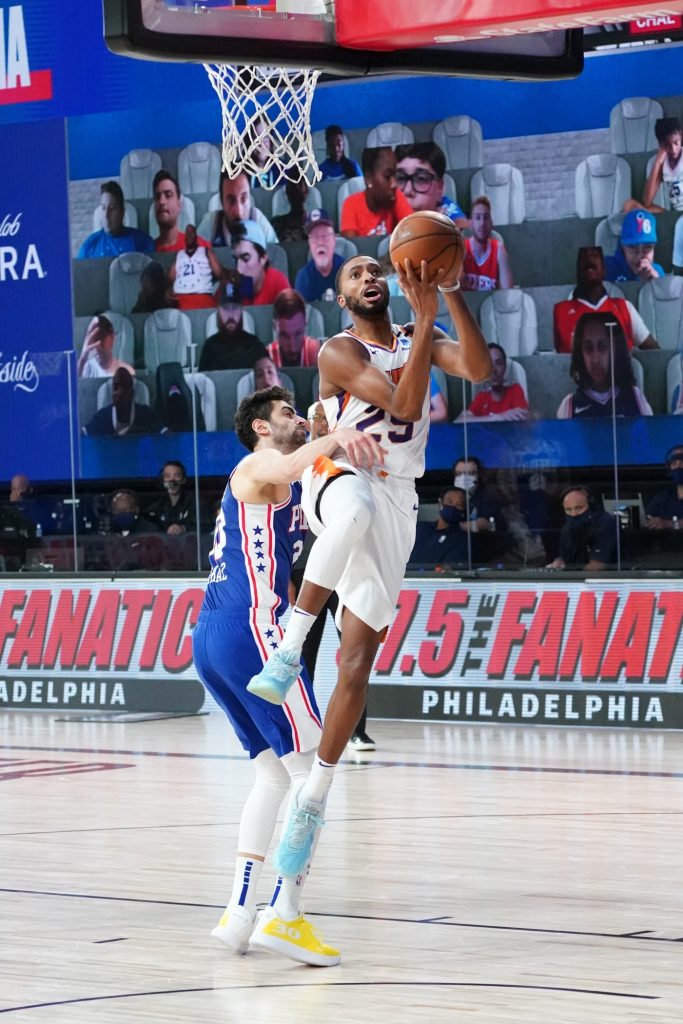 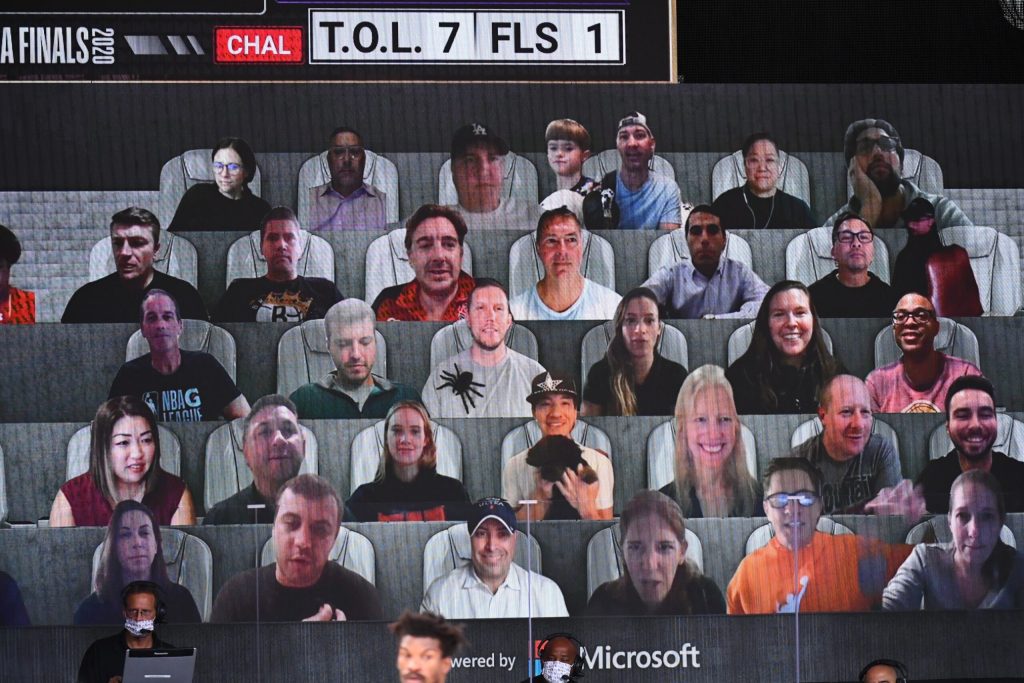 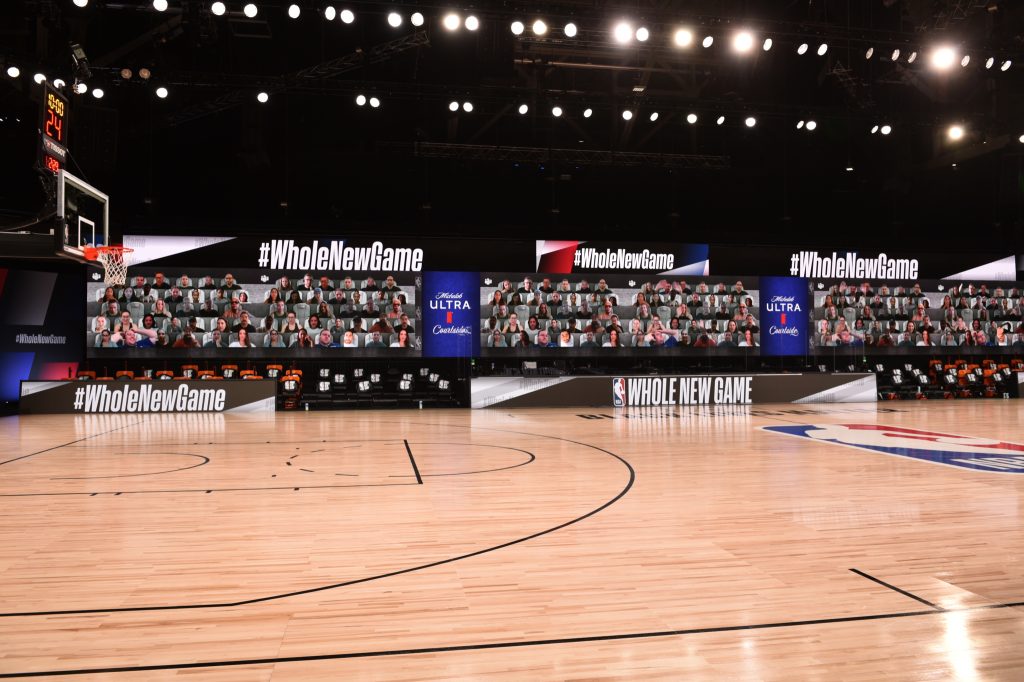 OTHER SHORTLISTED ENTRIES IN THE FAN EXPERIENCE CATEGORY