Keeping in mind our target audience (Hispanic gamers), we brought together a diverse roster of hosts, current and former LaLiga players, and American soccer and gaming icons to serve as “Captains” in each market and build the participant community.

The program was brought to life by creating a virtual FIFA event (referred to as a ‘Showcase”) in each market. Eight gamers qualified for each Showcase, with the top four moving on to face off in a FIFA match against a “Captain” who would select one person each event to travel to Spain for an unforgettable LaLiga experience.

The opportunity to play against LaLiga stars, along with other influencers, set this program apart from other existing gaming programs. The Final, between the eight Showcase winners, occurred at LaLiga Headquarters in Madrid in a professionally designed studio and was streamed live across LaLiga’s global Twitch.

In its first year, the program established itself as the premier gaming event for Hispanics, setting a new standard of excellence in engaging this community. Over 400 pieces of content were delivered over six months allowing us to achieve over 190 million impressions, 4.6 million video views, and more than 6.4 million streamed minutes watched. With 6,308 registrants participating, and a passionate community of followers, LaLiga and Verizon built a sustainable project that can be executed annually and exist as a core event for the Hispanic American FIFA gamers in the U.S. 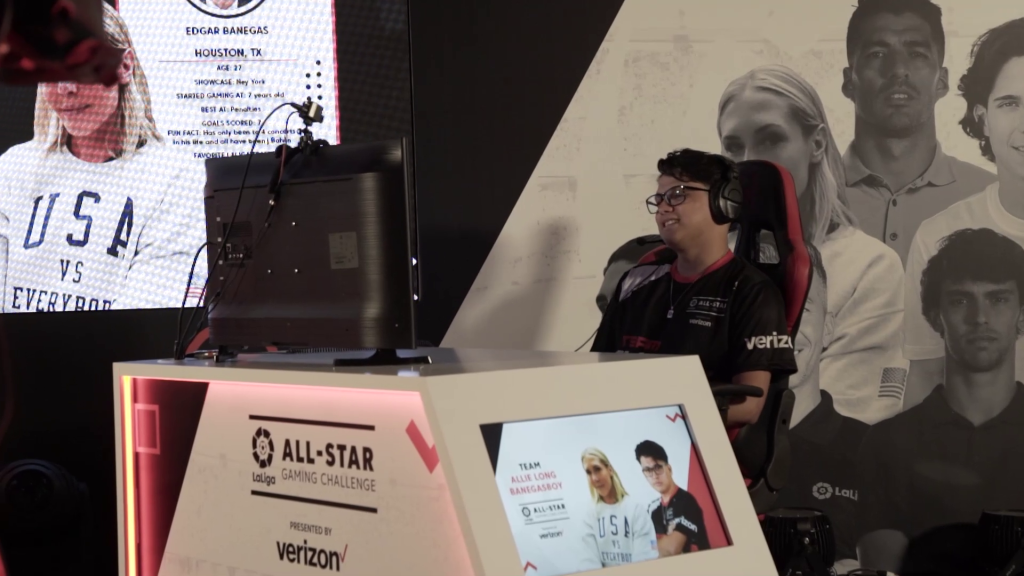 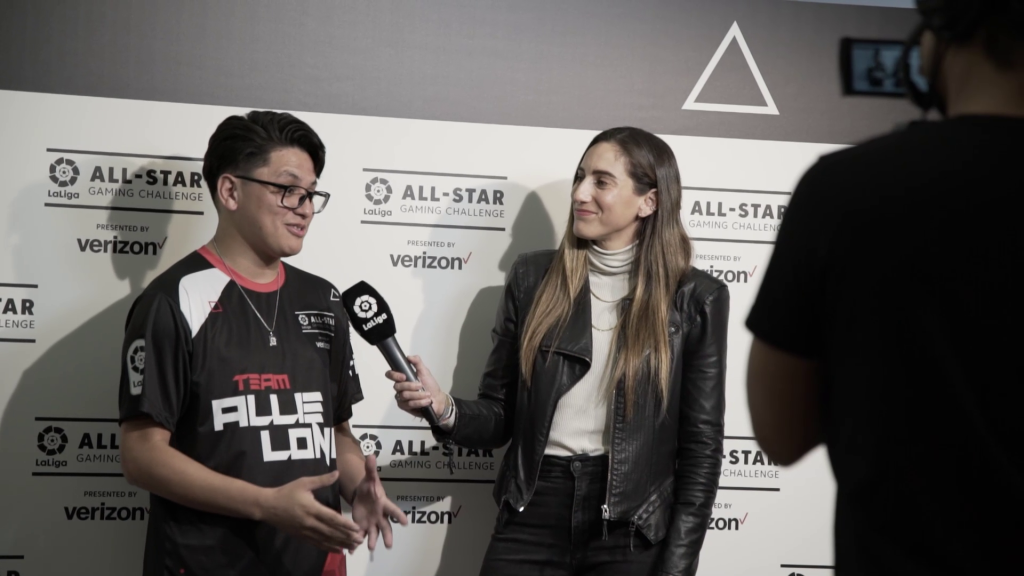 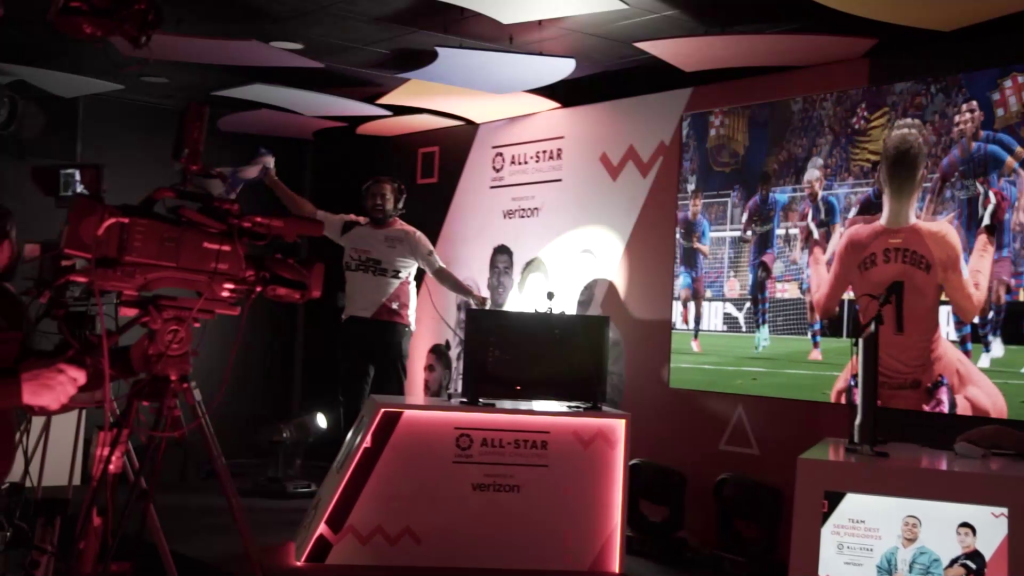 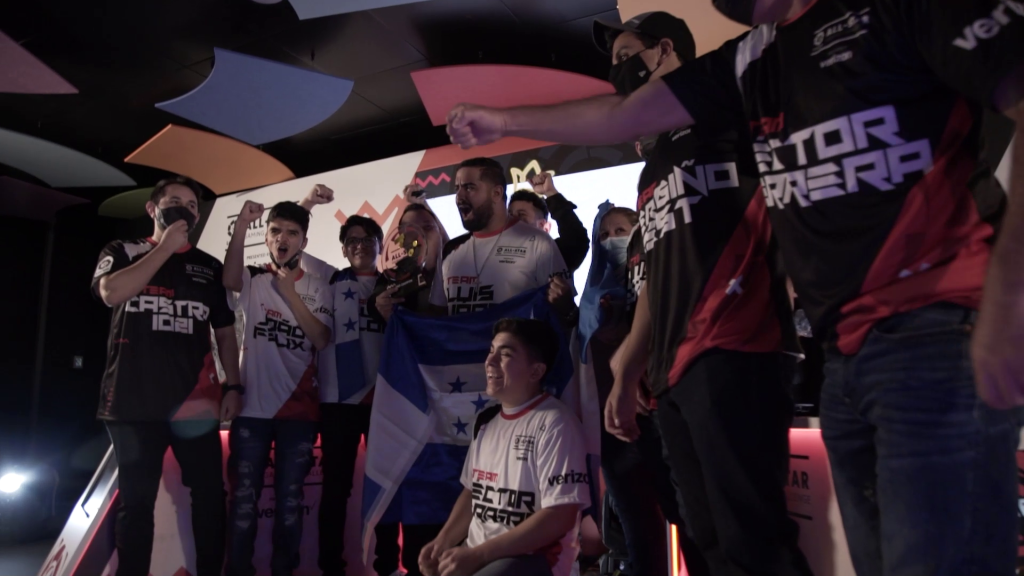 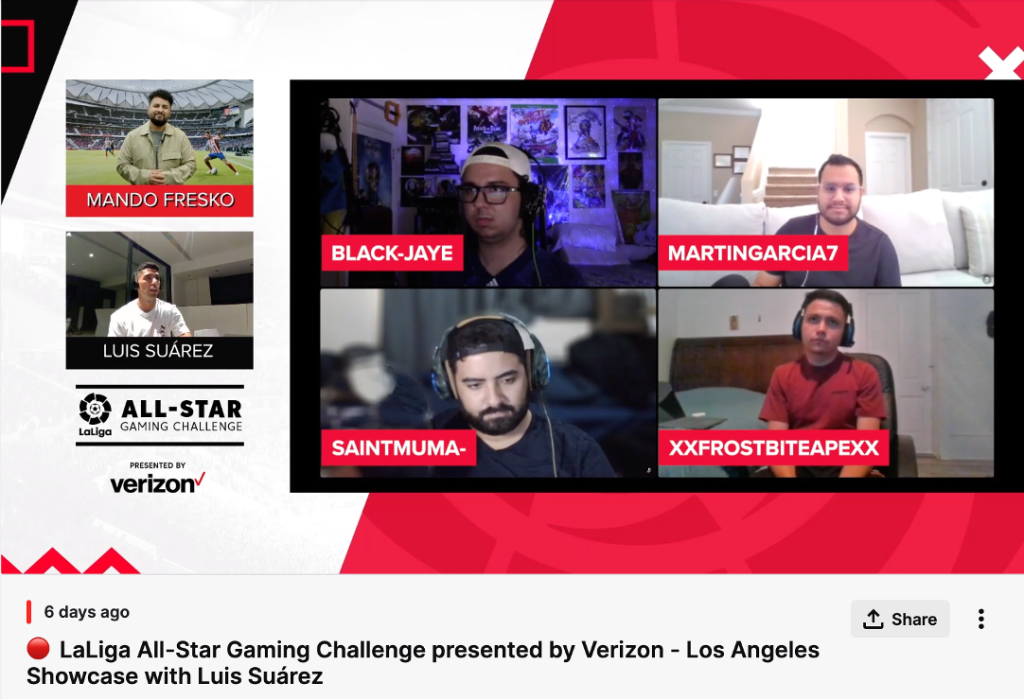